When Bob and Kathy Pearson married in 1996, little did they dream where their hopes of having at least a dozen children would lead.  Bob, a home-builder and real estate developer; was the father of two sons whose mother had died of cancer, and he and Kathy soon became the parents of a daughter.  But then they learned they could have no more. Apparently, God had other plans. 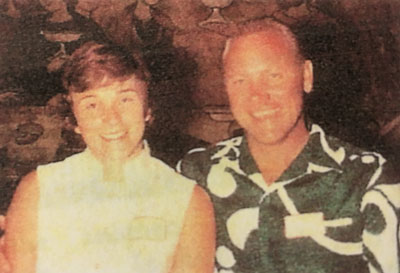 Eventually adopting six children, their desire for a large family and initial adoption difficulties developed their sensitivity to abortion.  In Detroit, Bob took a Gabriel Richard course—roughly the Christian equivalent of Dale Carnegie. It urged students to take their place in the world—to get involved, and was the impetus that started Bob’s fight against abortion.

The Pearsons moved to Hawaii in 1967 when the 50th state’s new status created a building boom.  Abortion was a big issue as Hawaii had also been targeted as the first state to press for legalization.  This goal was soon realized, and the killing began in earnest.

In addition to residents, Hawaii became the abortion center for mainland girls.  Bob and Kathy distributed information throughout Hawaii, and advertised in the same stateside papers as the abortionists:

Reading the ad, women assumed they would be helped to get abortions, and the kernel of the “Pearson Method” took hold. The “ocean-front facility” was the Pearsons’ residence, and expectant mothers filled it. Next, they advertised the Pregnancy Problem Center.  “Problem pregnancy” seems more logical, but “pregnancy” was the Yellow Pages’ key word.

Response was overwhelming. Every day 10 to 15 women came in seeking abortions, and according to Bob, once they were counseled, 80 to 85 percent decided not to abort their babies.

Counseling by day and “chasing” pregnant women by night, following leads from friends, relatives, husbands and boyfriends, Bob and Kathy would go anywhere, anytime to convince expectant mothers not to kill their babies. “We got to the point where we would do anything to save a baby.  We were knocking on doors at two or three in the morning. But we found that when we stepped out in faith, things happened, we’d knock on the door and say, We hear your daughter is thinking about having an abortion tomorrow we would like to talk with her. “You’d be surprised how often people would invite us in and we would save that baby, says Bob.

Eventually the Pearsons decided to sell their beachfront home and their business, and pursue the anti-abortion apostolate fulltime.  Basing their home for girls in a religious retreat center, Bob and Kathy, their own family and average 10 young expectant mothers all lived together as a household, camping out in a local hotel on the weekends that the center was used for retreats.

But even as dedicated as they were, the Pearsons began to burn out.  “It was non-stop action all the time,” Bob recalls. Between 1969 and 1977 they had established 13 PPCs throughout the Hawaiian Islands, housed expectant mothers in their home, and were still taking care of their own family.  “Every day was completely full from the minute we wolke up, and we both went gray in the process.”

At the bishop’s request, the Sisters of the Good Shepherd took over, and Pearsons moved back to the mainland where the abortion industry was “going great guns(and knives).” They bought property in Arkansas, which became their home base.

Pearson-type centers were clearly needed, and they traveled all over the country with seven of their children, setting up centers and holding seminars to explain the process, At once point Bob set up a marathon 28 centers in 30 days, and eventually established 200 centers in the U.S. and 20 in Canada.

The focus was always on saving the babies, no matter what. One Pearson center succeeded in shutting down the only abortuary that ever opened for business while they lived in the area.  When the abortuary opened in a building where the investors had rented almost an entire floor, Bob opened a center on the same floor, right near the elevator.

The abortuary hired a man to escort the girls from the elevator to the chamber, but eventually the abortuary shut down and never reopened.  Doctor’s offices and hospitals still offered abortions however, and their locations influenced each new Pearson center’s locations.

All of their efforts were fully supported by prayer, their intentions were continuously presented before the Blessed Sacrament, and success was always much greater in parishes that offered Eucharistic adoration.  This prayerful pilgrimage, which had already taken so many turns, was destined to take another. 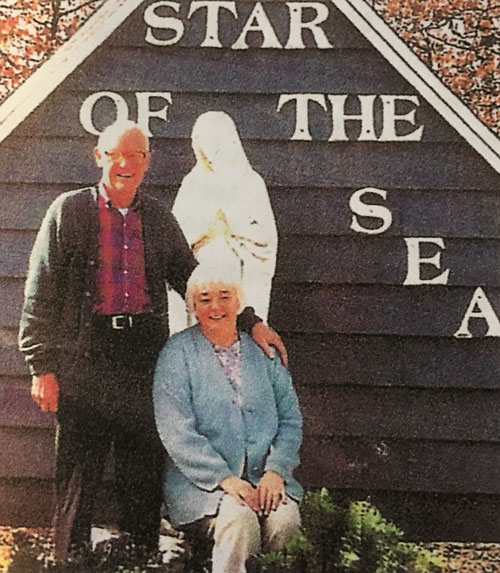 In their travels Bob and Kathy had encountered many Catholics desiring to live in a truly Christ-centered environment that would be especially supportive of Christian family life.  Thus the idea for Star of the Sea Village, a venture named for Our Lady, emphasizing her role as a beacon in a safe harbor.

If the villagers have one thing in common, it is that they are all pilgrims who have found their way to this growing settlement in the Arkansas Ozarks, and its name is significant to all of them.

Prospective residents have varied expectations, individual images of the ideal hometown. The spiritual fabric is based on faith and the Gospels, Bob explains: “As developers, we rejected the suggestion to adopt a common rule for living. People come here for different reasons, but for most it is an opportunity to build a Catholic environment.  This is a strong gathering of people—strong in their faith—willing to act, not just submit.  They want that “life to the full” that the Gospel promises.  It’s pretty clear that our business is building God’s Kingdom, right where we are, with all the energy we can bring to the work.  It’s the hard labor of the builder, but the good news is that everybody at Star of the Sea is a builder at heart.”

And living that “life to the full” has certainly been the hallmark of the Pearson pilgrimage.

John O’Brien, a Star of the Sea resident and editor of its newsletter contributed to this article.